Zulu first joined Zanaco in 2012 from Young Zanaco when he was just a teenager.

Other two new signings include defender Lemmy Banda from Global Tag Academy who joins Zanaco FC on a 5-year deal.

Midfielder Francis Phiri has been promoted from Young Zanaco on a three-year professional contract.

The trio join other pre-season arrivals players namely: defender Chiteta Kwalombota coming from Red Arrows on a one-year loan deal, striker Wilson Chisala from Gomes FC on a three-year contract and midfielder Dalitso Phiri who was elevated from Young Zanaco and has penned a three-year contract.

Zanaco is delighted to have these players on board and wishes every one of them all the best during their time with the club. 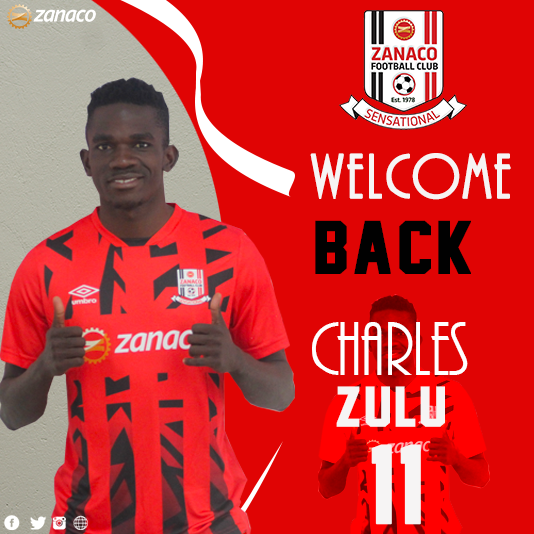